The tilia Griffin Image Tracing feature automatically generates precise cut tool paths around artwork content in cases where no shape paths have been specified in the artwork.

Image Tracing is designed to be very fast while producing high quality shape tracings and works equally well with artwork imported from image-based formats, PDF, and AI formats. There are multiple settings providing fine-grained control over contour generation, and fast live previews allow you to find the ideal settings quickly before applying. 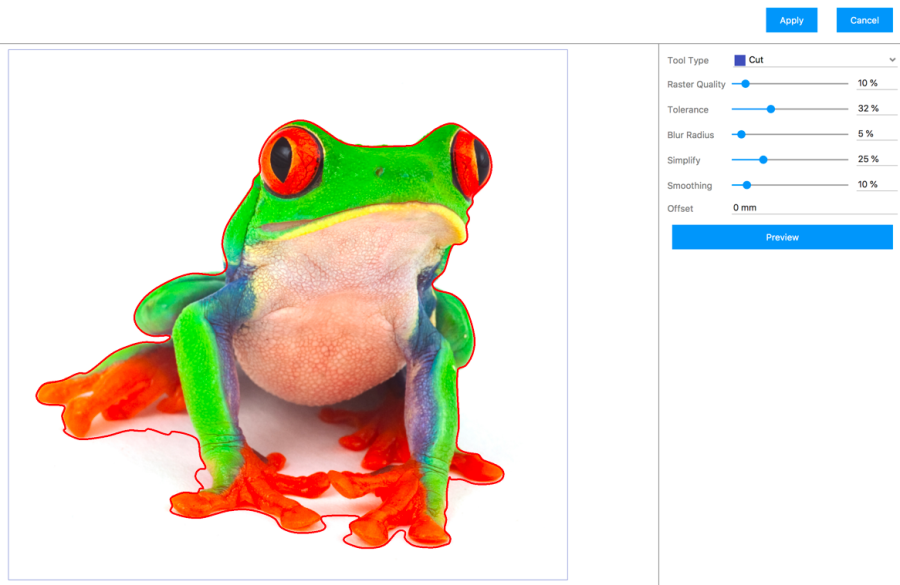 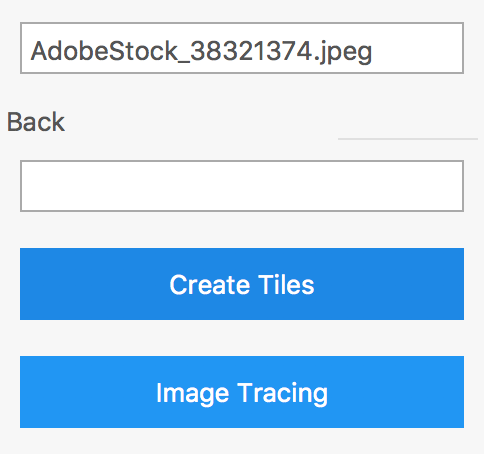 To generate the cut tool path from image contours:

Now you will enter Image Tracing View where you can view a live preview of the generated cut tool path, edit settings, and apply the current settings to the artwork. 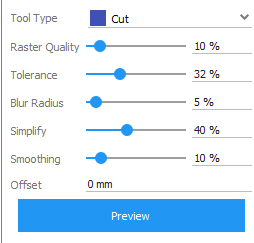 The Image Tracing settings controlling path generation are found in the Sidebar on the right-hand side.

Once you have found the right settings for the given artwork, click the "Apply" button in the upper-right corner to apply the new shape path to the artwork.

Image Tracing works well in conjunction with tool path editing in Artwork View where you can make final tweaks to the generated tool paths if needed.